An amusing in a the author doesn’t realize at a plonker he looks/is by writing it came up on Slashdot last night. 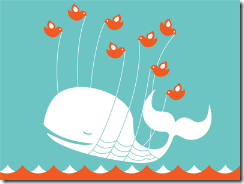 Well Alex – yeh back in the day OSI was far superior to this crappy knocked out in a hurry kludge that is the underlying TCP/IP protocols.

At BT we had a full sized cupboard that was full of one OSI standard – it was also more expensive and different OSI stacks had problem with interworking. ICL (the now defunct mainframe company) Famously managed to ignore a key part of one X.400 standard that said “counter MUST! Start from 1) and started it from 0 and i’m sure you can see the problem that is waiting to bite there.

Sprint ignored parts of the standard and had the cheek to say well write a special case just for us.

In contrast the “Internet protocols” where relatively cheap and people with the skills where much more avaible OSI networking was normally the province of the Big PTT’s and Very Big companies like IBM.

As a commenter SatanicPuppy on slashdot says

“It’s very easy to sit back today and say, "Wow it could have been so much better!" But that is armchair crap at the best of times…I’d sneer if Vint Cerf said it. Coming from someone who demonstrably can’t do better, and can’t even be bothered to champion a specific alternative…That’s as pointless and lacking in content as most of the crap that comes through his crappily coded service.”

I see a lot high level technical people at start ups who display a distinct lack of technical chops – and self appointed “Geeks” like Stephen Fry” can make howlers like saying a LAN is an earlier form of an Intranet and get away with It.  And the use of MYSQL buy people at companies like Yahoo! and Craigslist have caused a few smiles by those of us used to working with “Proper” Databases – when it turns out that when you start to scale mysql runs into some interesting brick walls

Oh and btw I used to be 3rd line support for international X.400 interconnects and I wrote a large chunk of BT’s X.400 billing system – in FORTRAN of course 🙂 so I know what I am talking about unlike Mr Payne – though I stopped quoteing my phone numbers in  Form 1 Varient 3 in My CV  a while back.

6 thoughts on “Alex Payne Twitter Web 2.0 Fail Whale how do these people get employed ?”

This site uses Akismet to reduce spam. Learn how your comment data is processed.